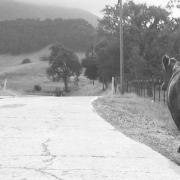 In the 1920s, the very heart of Santa Barbara County was agricultural, and much of the area remains so today.

An article in the La Habra Star, October 11, 1929, provides an excellent description of the valleys of Santa Barbara County, California, and the ways they were developed by farmers and ranchers one hundred years ago. Much of what is described here remains so today, though the burgeoning rubber plant industry faded with time.

Diversified in its geography, versatile in its crops, varied in its industries, Santa Barbara County is a land of richness, of prosperity, of opportunity….It is a land of wide-open spaces, of rolling brown hills, of sheltered inland valleys, of level table-lands and mesas, of miles of coastal sand dunes. 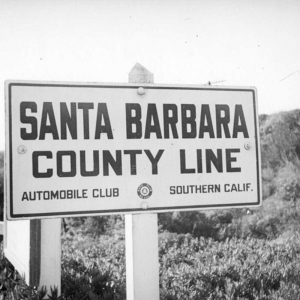 Not content with raising these many crops, Santa Barbara County residents devote themselves to sundry industries: dairying, beef-cattle production, the raising of flowers for world-wide distribution.

Because Santa Barbara County  has so many geographical divisions within itself, is so topographically diverse, each inland valley is best suited to the rising of certain agricultural productions, to the development of particular industries. To understand the County as a whole, it might be best to observe its natural divisions, take each section individually….

Santa Ynez Valley – From the City of Santa Barbara, one goes up over the San Marcos Pass, arrives into he Santa Ynez Valley. Rugged, covered with splendid trees, is the upper part of this valley; ranches are on all sides, thousands of acres in size, devoted to beef-cattle production, horse-raising.

Named by a colony of Danish farmers who settled in the Santa Ynez Valley several decades ago is the little central town of Solvang. Almost like a transplanted Danish community is this portion of the valley; its crops, buildings, equipment, herds–are all tidy in the way characteristic of the Dane, neat, thrifty, painstakingly clean. 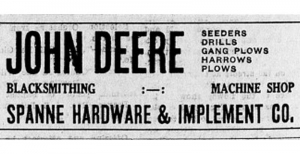 Lompoc Valley – Dedicated in great measure to flower-raising is this valley, shortly to the north and west of the Santa Ynez. Spring and autumnn here finds gorgeously-had blossoms in abundance on the sloping hills, level meadows. From these fragrant flowers are secured seeds for distribution throughout the world….

Santa Maria Valley – Largest and most productive of all the agricultural districts of Santa Barbara County is the Santa Maria Valley; approached by winding upward through the hills beyond Lompoc Valley, Guadalupe, at the valley’s mouth, is the packing and shipping center for miles around; three miles it is from the ocean, three miles of a desert local so like the African Sahara in miniature that Hollywood motion picture companies constantly wend their way north bringing screen stars of renown, adding occasional zest to the farming routine.

The tomatoes and lettuce that one eats late in the season are usually from Santa Maria….

Santa Barbara County may some day rival the South American countries as a rubber-producing region. Now being grown for experimentation is the guayule, a plant which demands little attention, little water, but from which rubber can be extracted. Hundreds of acres near Sisquoc are already plated with guayule… 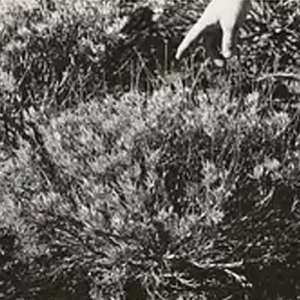